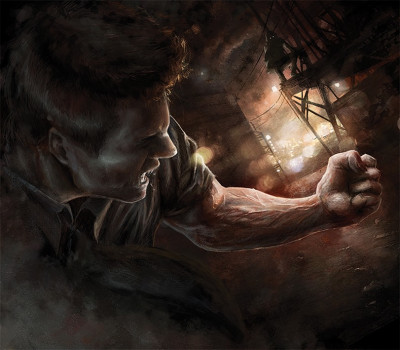 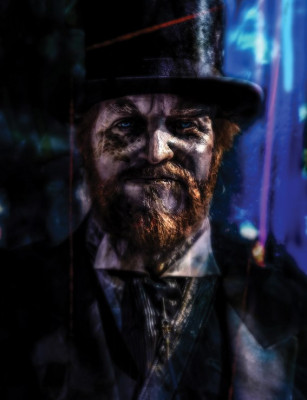 
"His skin is pale like ivory, unmarred by a thousand duels with demons and demon-touched Tremere. A diamond replacement rumored to give the Amr sight beyond sight occupies the empty socket of his left eye. His right eye is a cool-burning blue, the color of the daylight desert skies that he has not gazed upon for centuries... The Amr moves with the ease of youth, and he has grown accustomed to compensating for the lack of his arm by using his magics to perform common tasks, an act that distresses many visitors to his laboratories who are unused to flasks leaping from tables to pour themselves. There is an aura of power to al-Ashrad that is less seen than felt, a slight stirring in the air around him, an invisible force that seems barely contained within his being, dormant only because he wishes it to be so." 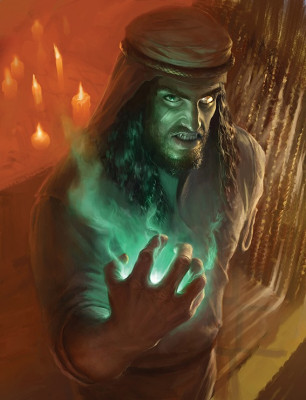 The Vampire: The Eternal Struggle Unleashed Kickstarter is over! Thank you for backing everyone! Now we order the cards to be printed and will update you along the way. Please contact@blackchantry if you have any questions about your pledge.

We promised to add a special treat if we reached £160 000, and total pledges via Kickstarter and off-platform pledges are over £165 000, so here it is: We add Vivienne Geroux as a seventh promo for all backers! 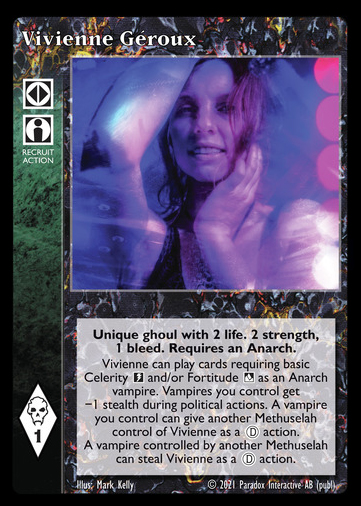 There are text updates on three cards: Inside Dirt, Public Vilification, and Show of Force.

There was a suggestion on Facebook that these changes would be legal 30 days after the Kickstarter ended.

I'd like to get official clarification on the date these changes are legal.

Sure, here it is: the changes will be legal 30 days after the Kickstarter ends. That is July 9th.